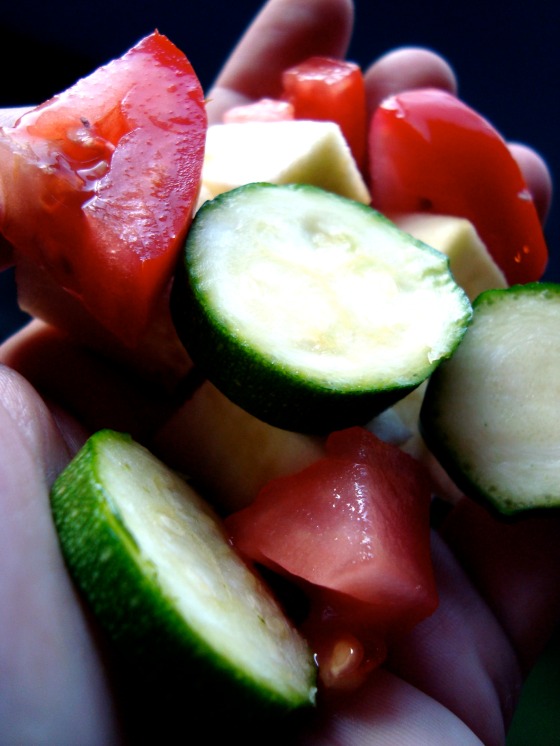 Every now and then my fridge gets overrun with veggies. This isn’t  a bad thing, but I HATE when I let stuff go bad (in all honesty it does happen from time to time) so when things are looking too full I often get a little crazy and start throwing mass amounts of veggies into whatever I’m making.

Last week I got an Eggplant in my Door to Door Organics box, I had previously let one go bad so I was determined to use it up! Mr. Gaunt did a landscaping job last week for extra cash, so I was trying to be a good girlfriend and have dinner ready for him. Here lies the problem: Mr. Gaunt + Eggplant =BAD! He hates Eggplant. HATES IT! I thought I could secretly convince him it was yummy by making: Eggplant Parmesan, Eggplant lasagna, and now Eggplant Spaghetti. No such luck.

In the end I picked out all the Eggplant for him, and he was a happy camper, and I got leftover Eggplant all week! Yay!

Along with Eggplant I needed to use 3 tomatoes and 1 zucchini that night. The spaghetti was super easy though, I sautéed the cubed Eggplant in olive oil, then added the zucchini, then the tomatoes. When they were all nice and cooked I threw in 1/2 a jar of Spaghetti Sauce. Poured over whole Wheat past…yum! What’s not to like?  Oh and because I realized Mr. Gaunt would hate it, I added some Mango Chicken Sausage slices (we got them at Costco, and I’m just not sure I really like them) in the end. 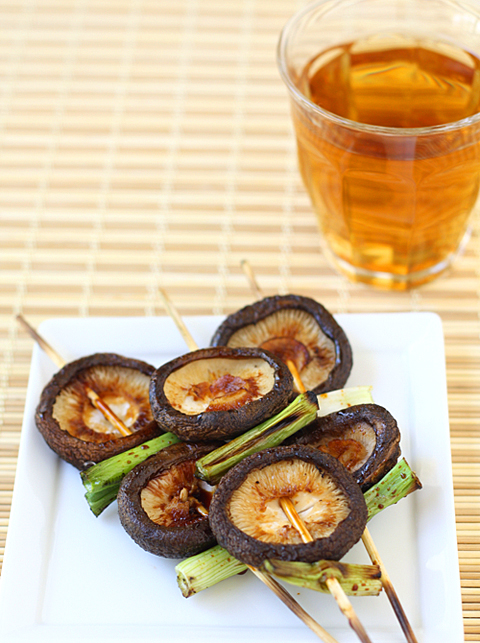 Summer is pretty much here now! We are going to a GRAND OPENING POOL PARTY at Jenny and Justin’s this weekend! I’m so freaking excited to start swimming everyday now!  Also on my list of summer LIKES: BBQing! Mr. Gaunt and I own a very nice (never been opened) Charmglow BBQ (similar to this one) that Mr. Gaunt got two years ago on clearance. Problem is we don’t have a deck, porch or yard that we can set it up in, so it sits in Ms. G’s garage in the box. Sad day. I have been CRAVING grilled veggies and corn. Drooling over the pictures on FoodGawker.com. I think I’m gonna bring some Veggie Kabobs to the party on Sunday, and then take some to Ms. G’s house to use on her grill!

And I leave you with some adorable pics of when Liam met Hula this weekend. They were best buds, too stinkin cute! 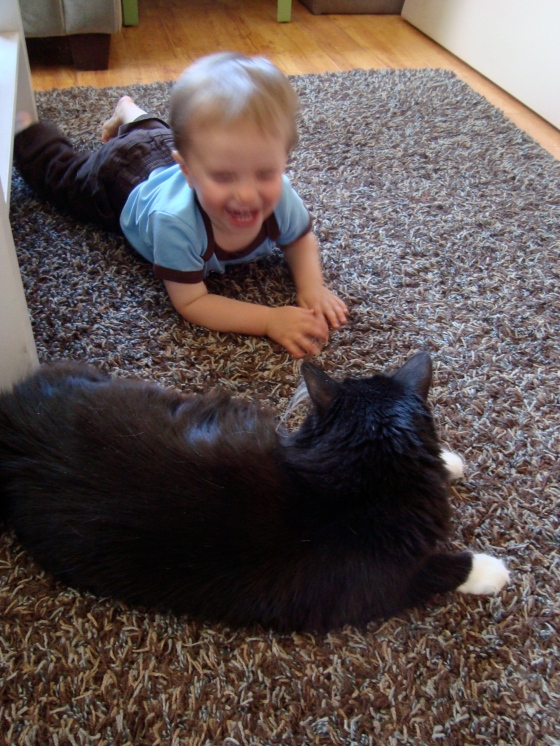 Sharing an inside kitty joke 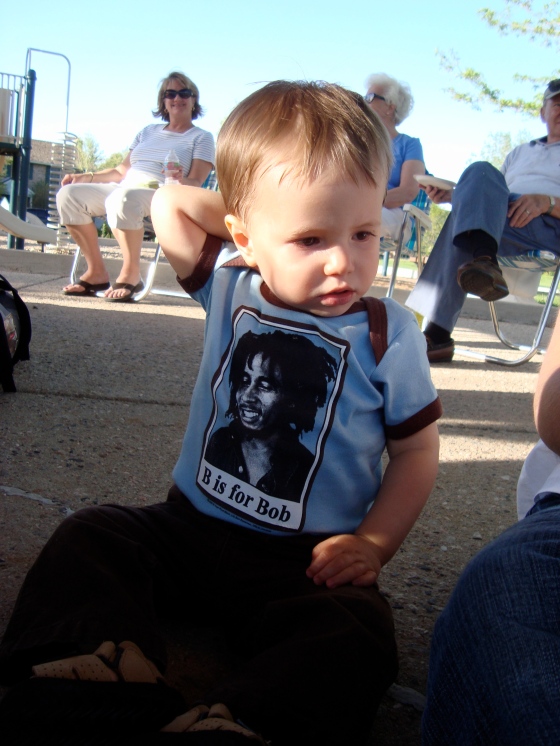 Wearing his "B IS FOR BOB" shirt we got him for (his hippy mom) 1st Birthday!